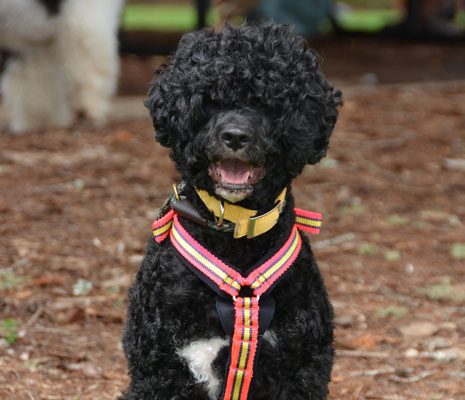 I like to borrow a phrase from author, Dean Koontz who talks about dogs having “Big Little Lives.” If that’s true, and I believe it is, then Reagan had the biggest little life of any dog I ever knew. During her little life Reagan opened so many doors for Sarah and me. Her life truly was bigger than she could have ever known. Through Reagan we met lifelong friends, began our journey into performance sports, and learned so much about Portuguese Water Dogs. We will be eternally grateful to my little brown eyed girl for all the gifts she delivered in her short time on earth.

She’s passed on to the ages now, crossing the rainbow bridge in January 2017. But her presence is always with me. Sometimes she visits me in my dreams, where we once again play in the water. She retrieves yet another article that fell off the boat, brings it to me, and then ever so gently rests her head on my shoulder for a nice long hug. Sometimes she jumps again, but most of the time we just sit with each other. Someday maybe we’ll be together again…I certainly hope so. Bliss to you my little Reagantor. 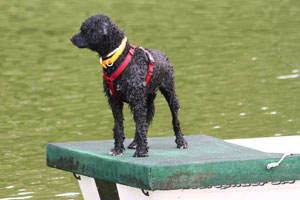 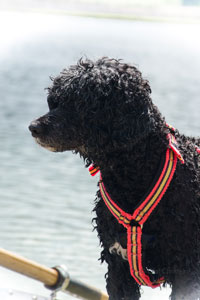 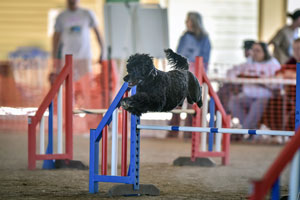