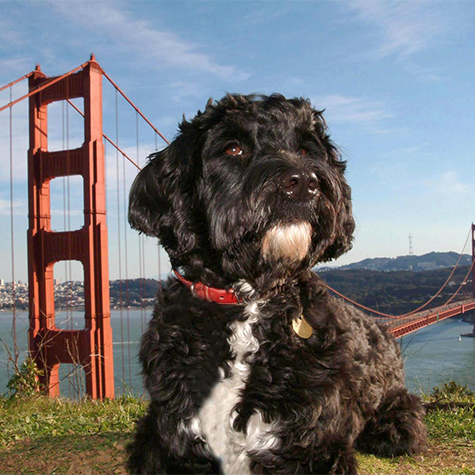 February 1, 2005 was a rainy Tuesday in New Orleans. I made the 90 mile drive to Biloxi, MS. on unfamiliar roads. Later that day, I met Letty Larson Afong and my new 9 week old puppy, Willie.

Cecile recommended immediate surgical removal of the nodule followed by 16 rounds of radiation and chemo. She offered me a guarded prognosis of 31 months with aggressive treatment.

Willie had the nodule surgically removed the following day. There was no metastasis and the margins were clean!

After recovering from radiation, Willie had four Carboplatin infusions. He exhibited few side effects.

In June, 2012, Willie finished the infusions and was able to compete in the CPE nationals. He also started a 7 month course of Palladia, an oral chemo drug with no ill effects.

Willie displayed his joyful demeanor during his many veterinary visits! He played with the staff and displayed silly antics such as jumping on moving gurneys!

For the next 2 1/2 years, Willie was rechecked bi-monthly.

The abdominal ultrasounds and chest x rays showed no signs of metastasis! Willie earned a second CPE C-ATCH and the highest title, a CT-ATE!

In early February, 2015, Cecile Siedlecki found a recurrence in Willie’s abdomen. Our new plan included surgery to remove the malignancy followed by Mitoxantrone infusions and Palladia.

Willie recovered quickly from the surgery and was soon able to resume agility. He exhibited minimal side effects from the Mitoxantrone.

Willie did not tolerate Palladia as well this time. We tried lowering the dose, giving Willie periodic “breaks” and supportive anti-nausea meds.

Willie continued to run agility with a lowered jump height. He earned two additional CS-ATE titles. He was in the CPE top 10 Specialist division nationwide in 2015 and 2016.

By early 2017, Willie was slowing down. I retired him from agility and we started rally and nose work.

In June, 2017, Cecile found possible lung metastasis. We had discontinued Palladia a few months prior because of issues with Willie’s appetite.

The spots on his lungs grew and we confirmed metastasis with a needle biopsy. Willie remained active and in good spirits.

We tried another chemo drug, Lomustine, to address the new cancer without success.

The night before we said goodbye, Willie was his usual silly self. Later that night, he lost use of his hind legs.

Willie lived 70 months despite a 31 month diagnosis. I believe in miracles. 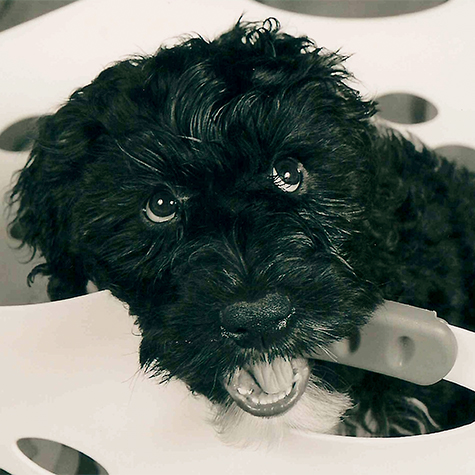 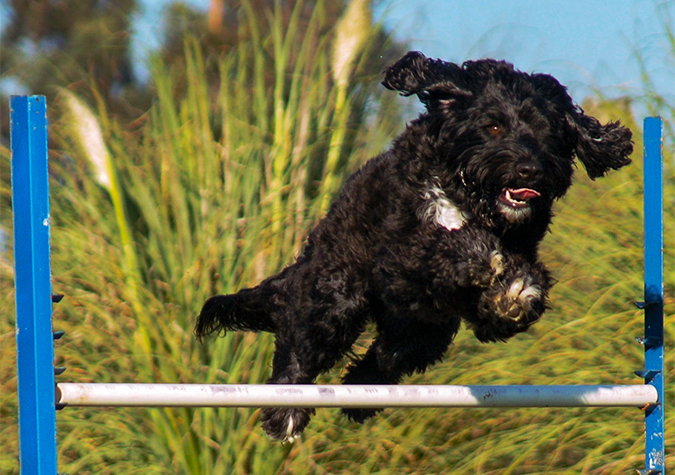 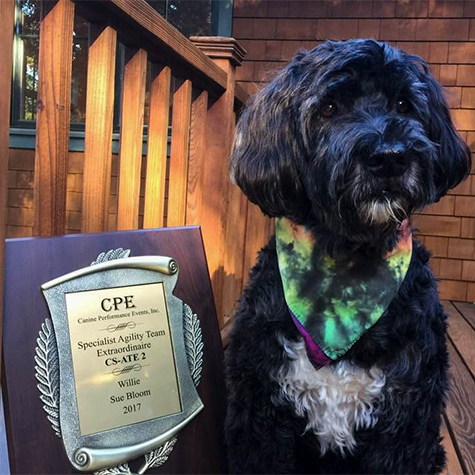