Update from the end of year 2 of research underway by Dr. Iivanainen of University of Helsinki to hopefully lead to a genetic test to aid breeders in controlling hip dysplasia.

The overall objective of our study is to perform a genome wide association study (GWAS) of canine hip dysplasia (CHD) in German Shepherds using a large sample cohort (200 cases and 200 controls). CHD is a common problem in many breeds. The dysplasia phenotype is graded from radiographs. In this study, we use the standards of Fédération Cynologique Internationale (FCI) ranging from A (healthy) to E (severely dysplastic). Each hip joint is graded individually. As the disease progresses also the risk for hip joint arthrosis – a painful and incurable condition – increases. The identification of genetic risk factors would enable the development of genetic tests to aid the breeders in controlling the disease. Four hundred animals consisting of carefully matched pairs of healthy and affected individuals should provide enough power for the association study to uncover the major genetic risk factors for this degenerative disease. 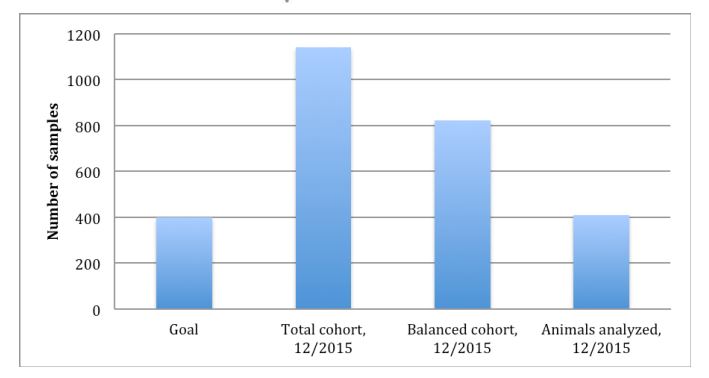